The 2020 August Complex fire was the largest wildfire in California’s history, spreading over 1,000,000 acres (over 4,000 sq km). The fires were caused by a series of lightning strikes on 17 August, resulting in 37 separate fires that merged into a complex. The fires burned for 86 days before being fully contained. On 10 September 2020, CNN reported that the west coast of the US had “the worst air quality in the world” that day, with multiple locations reporting hazardous PM2.5 pollution levels.

In this case study, we will introduce data from three of the EPS-SG instruments: the METimage radiometer, the Ultraviolet Visible Near-Infrared Shortwave (UVNS) spectrometer and the Infrared Atmospheric Sounding Interferometer - New Generation (IASI-NG). While data from these instruments are not yet available, we will be using proxy data from existing instruments to demonstrate the new capabilities that will arise from these upcoming instruments.

The METimage radiometer will provide the capability to produce high resolution natural colour imagery that captures the smoke transport from fire-impacted areas. Figure 1 shows a natural colour composite of the coast of northern California from 11 September 2020, one day after much of the smoke was transported westwards over the Pacific Ocean. The composite captures smoke plumes rising from several locations and being transported westwards off the coast into the Pacific Ocean. The proxy data product used is the MODIS Level 1B Calibrated Radiances (MYD021KM) product. Like METimage, MODIS has a spatial resolution of 500m. 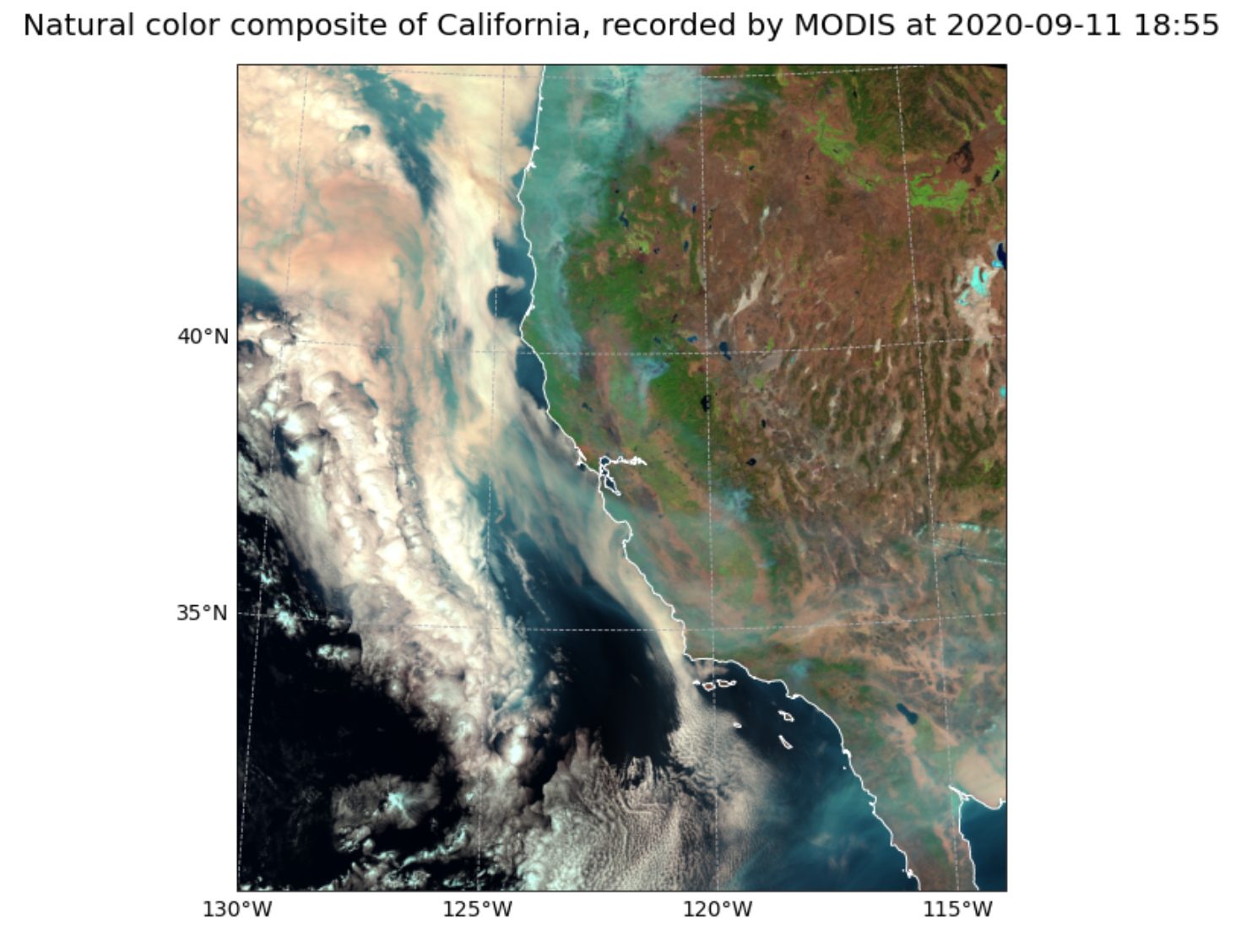 Figure 1. Natural colour composite of California at 500 m spatial resolution recorded by MODIS on 11 September 2020.
Learn how this natural color RGB composite was made.

Biomass burning due to wildfires can lead to elevated levels of absorbing aerosols in the atmosphere. Metop-SG A will carry the Copernicus Sentinel-5 UVNS spectrometer for measurements of trace gases. Compared to its predecessor, GOME-2, the major breakthrough of Sentinel-5 will be a drastically increased spatial sampling at a sampling distance of 7km, and the extension of measurements into the near and short-wave infrared, providing information about aerosols, as well as methane and carbon monoxide in the planetary boundary layer. The UVNS instrument will also provide Aerosol (UV) Absorption index information as a Level 2 product.

The August Complex fire caused an elevated presence of aerosols in the atmosphere as shown by the elevated levels of the aerosol index (UV) Level 2 product in Figure 2. The proxy data comes from Sentinel-5P, the precursor instrument for Sentinel-5. 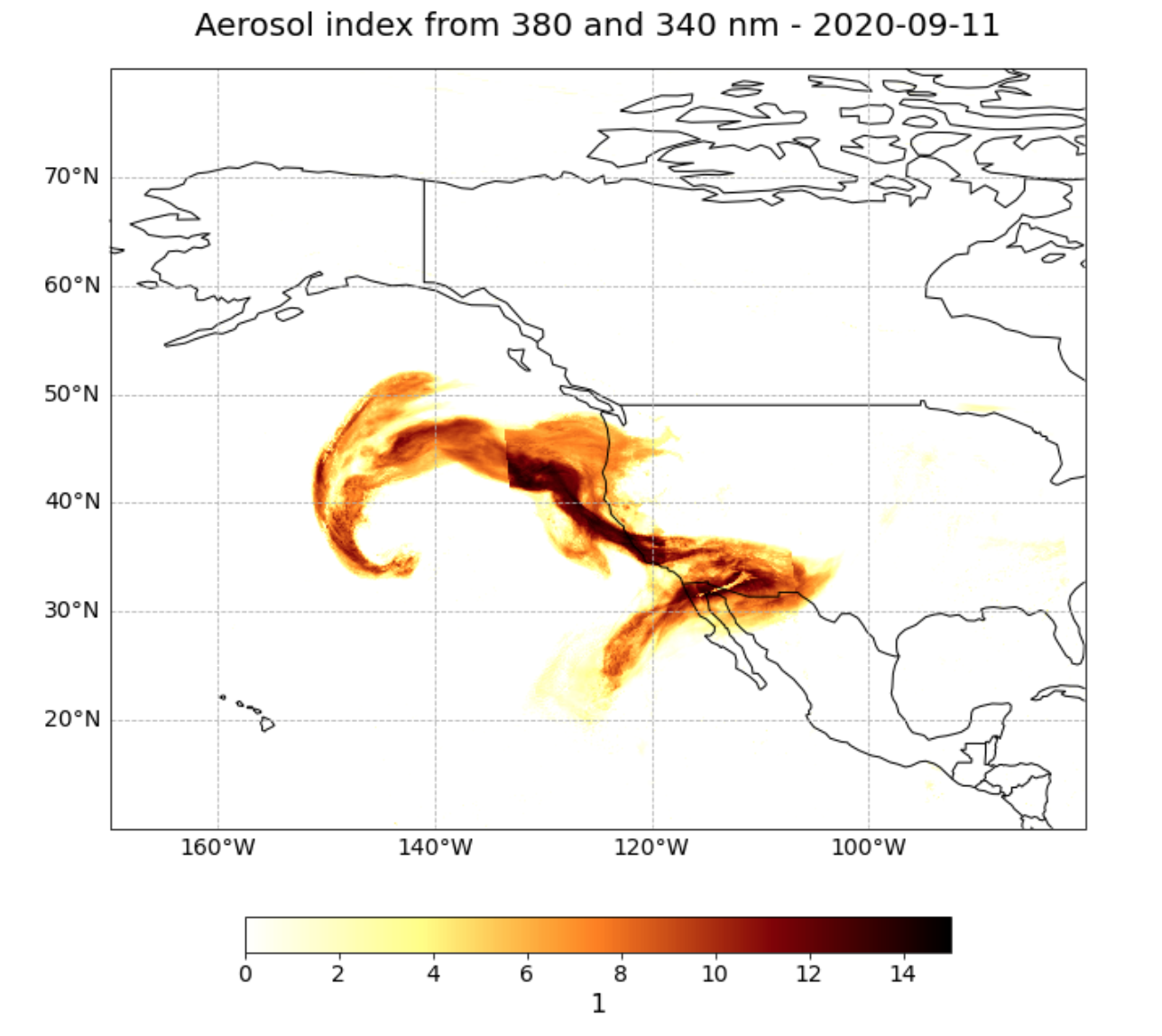 Figure 2. Ultraviolet Aerosol Index (UVAI) Level 2 product from Sentinel-5 TROPOMI over US west coast recorded on 11 September 2020.
Learn how this aerosol index plot was made.

Smoke from wildfires contains carbon monoxide and other trace gases. The IASI-NG instrument will be able to monitor the elevated carbon monoxide content in the atmosphere, especially during large wildfires. IASI-NG is a passive infrared sounder which has the capability to measure the temperature and water vapour profiles of the Earth’s atmosphere. In addition, the instrument also measures greenhouse gases, clouds, aerosols, ozone and trace gases. IASI-NG will support air quality monitoring at global and regional scales by observation of pollutants in the free troposphere, and the assessment of atmospheric composition. IASI-NG will ensure continuity to EPS-IAS, with improved spectral and radiometric performances.

In Figure 3, the yellow areas of the plot of total column carbon monoxide show that the background value is 2-18 molec./cm2. However, off the coast of the western United States, we see carbon monoxide values which are six times the background value. We can infer that these carbon monoxide values are the result of fire emissions because they have the same shape and occur on the same day as high values in the aerosol index in Figure 2. Their shape is also coherent with atmospheric circulation patterns which are moving the smoke westwards into the Pacific Ocean. 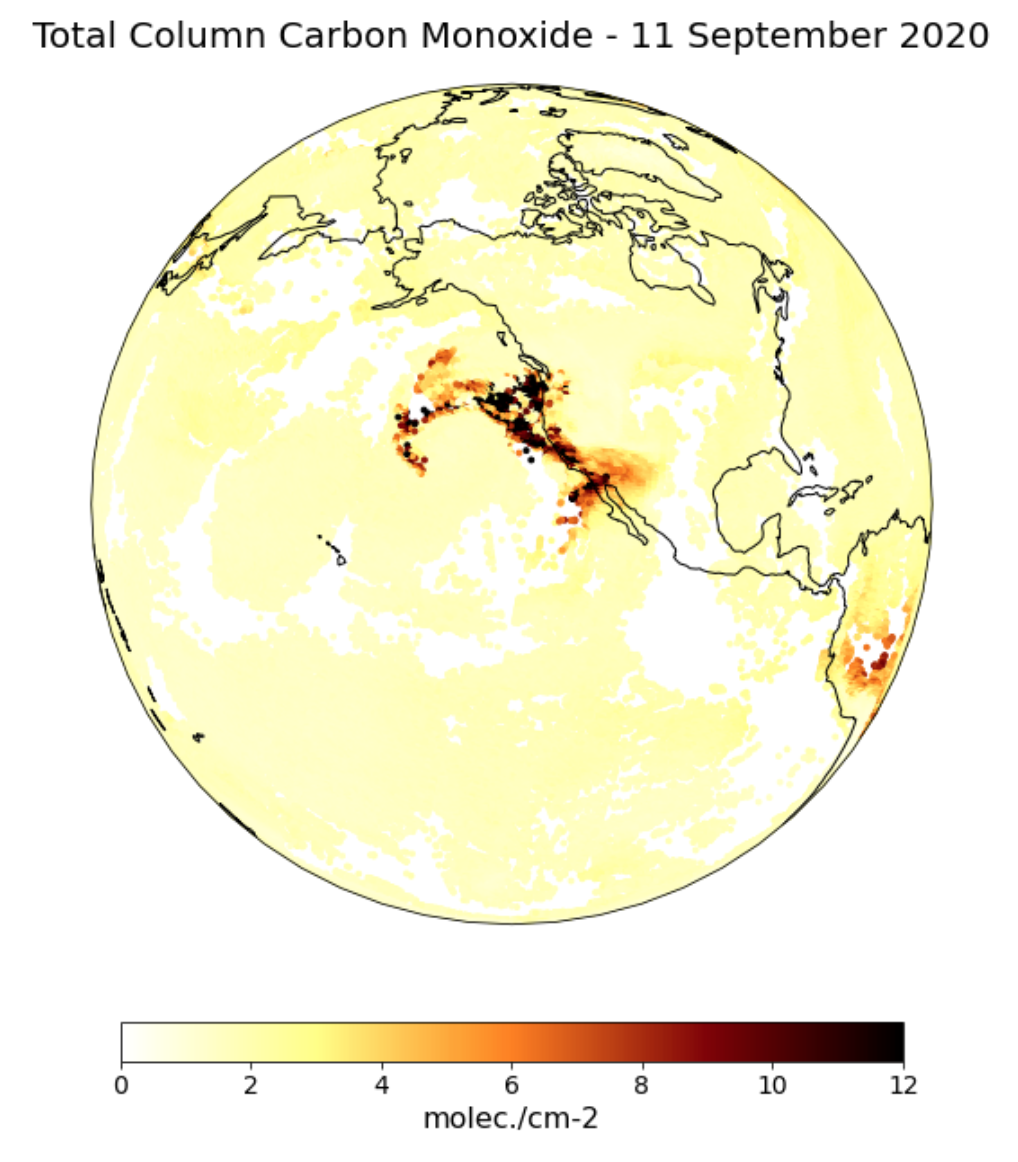 Figure 3. Total Column Carbon Monoxide over the US west coast recorded by the Metop-B IASI instrument on 11 September 2020.
Learn how this plot of total column carbon monoxide was made.