In the near future, new satellites such as Meteosat Third Generation (MTG) and Metop - Second Generation (Metop-SG) will provide advanced capabilities and valuable data for monitoring fires and their impacts. This three-part case study will introduce upcoming data products from MTG and Metop-SG in the context of the summer wildfires which occurred in southern Italy and Greece in early August 2021. In this part, we will introduce you to new capabilities in monitoring the pre-fire risk as part of the fire life cycle with data products from the Satellite Application Facility for Land Surface Analysis (LSA SAF), Global ECMWF Fire Forecast (GEFF) and the Copernicus Atmosphere Monitoring Service (CAMS) that will be improved with data from MTG and Metop-SG.

MTG will see the launch of six new geostationary satellites from 2022 onwards. The satellite series will be based on 3-axis platforms and comprise: four imaging satellites (MTG-I) and two sounding satellites (MTG-S). The full operational configuration will consist of two MTG-I satellites operating in tandem, one scanning Europe and Africa every 10 minutes, and the other scanning only Europe every 2.5 minutes, and one MTG-S satellite.

In this case study, we will be focusing on data products that are calculated using inputs from several instruments, namely Metop-SG’s METimage radiometer and MTG’s Flexible Combined Imager. While data from MTG and Metop-SG is not yet available, we will be introducing existing data products and explaining how new capabilities will arise from these upcoming satellites.

Monitoring the greenness of vegetation is important as periods of dry and hot weather can lead to increased fire risk, as dry vegetation is easier to ignite and burn. A useful product is the 10-daily Normalised Difference Vegetation Index (NDVI) which is calculated using the red and near-infrared (NIR) surface reflectances. A high NDVI corresponds to greener vegetation that is less likely to burn. For this NDVI data product, each month is divided into three “dekads”. The first two always comprise ten days, while the third has a variable length, as it runs from day 21 until the end of the month. Figure 1 shows the NDVI anomaly for the last dekad of July 2021, calculated using a reference period between 2010 and 2020. Regions with low negative anomalies are colored in dark brown. These occur over areas that have lower NDVI, while positive anomalies colored in teal indicate regions that have higher NDVI than the reference period.

This NDVI data product is part of the LSA SAF data catalogue. LSA SAF develops and processes satellite products that characterise the continental surfaces, such as radiation products, vegetation, evapotranspiration and wildfires. At present, LSA SAF uses data from the Advanced Very High Resolution Radiometer (AVHRR) aboard the Metop satellites to calculate NDVI at a 1km spatial resolution. In the future, METImage data will be used, resulting in a higher spatial resolution of 500m. 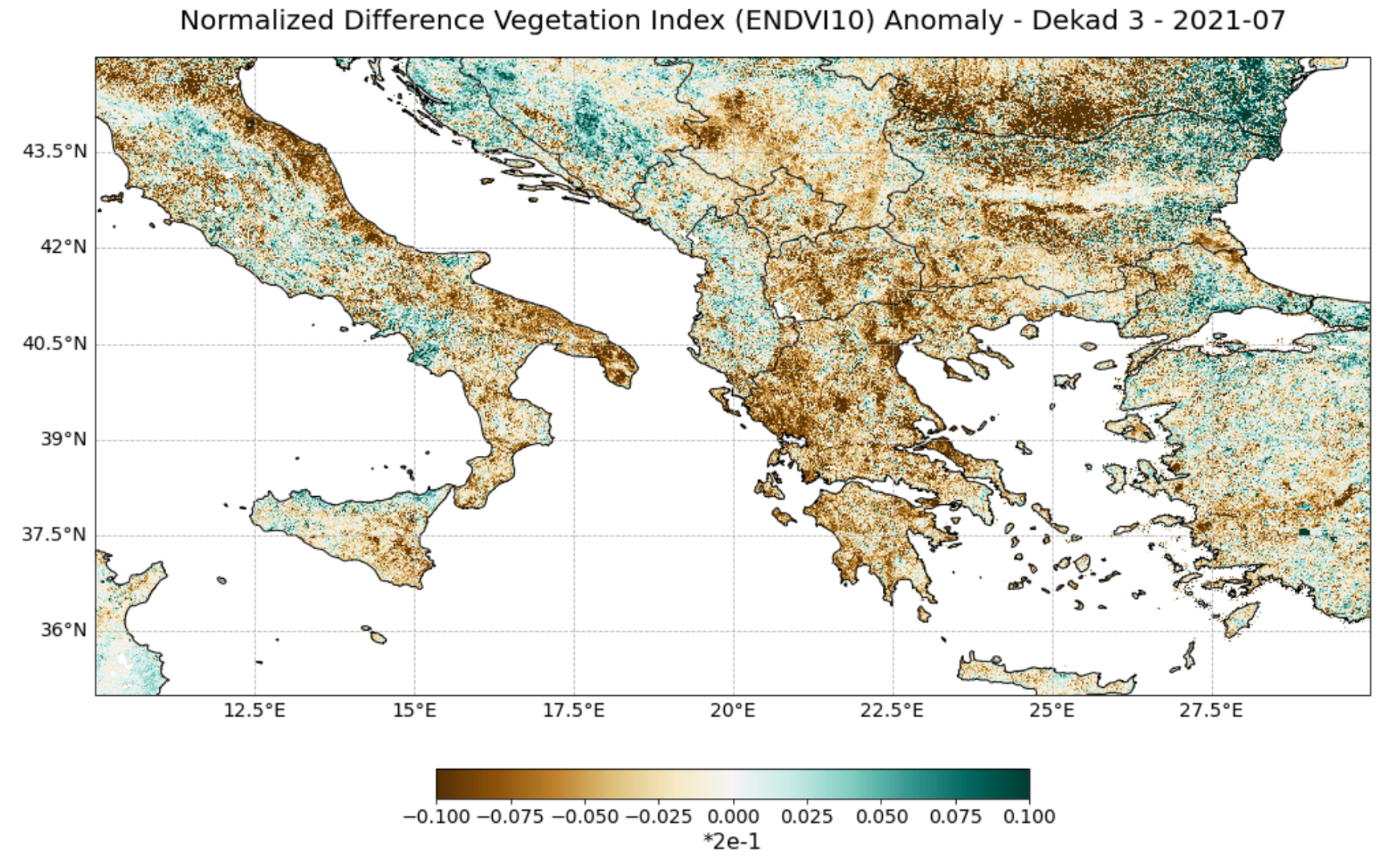 Figure 1. NDVI Anomaly for the last dekad of July 2021, as calculated with a reference period between 2010 and 2020.
Learn how this plot of NDVI was made. 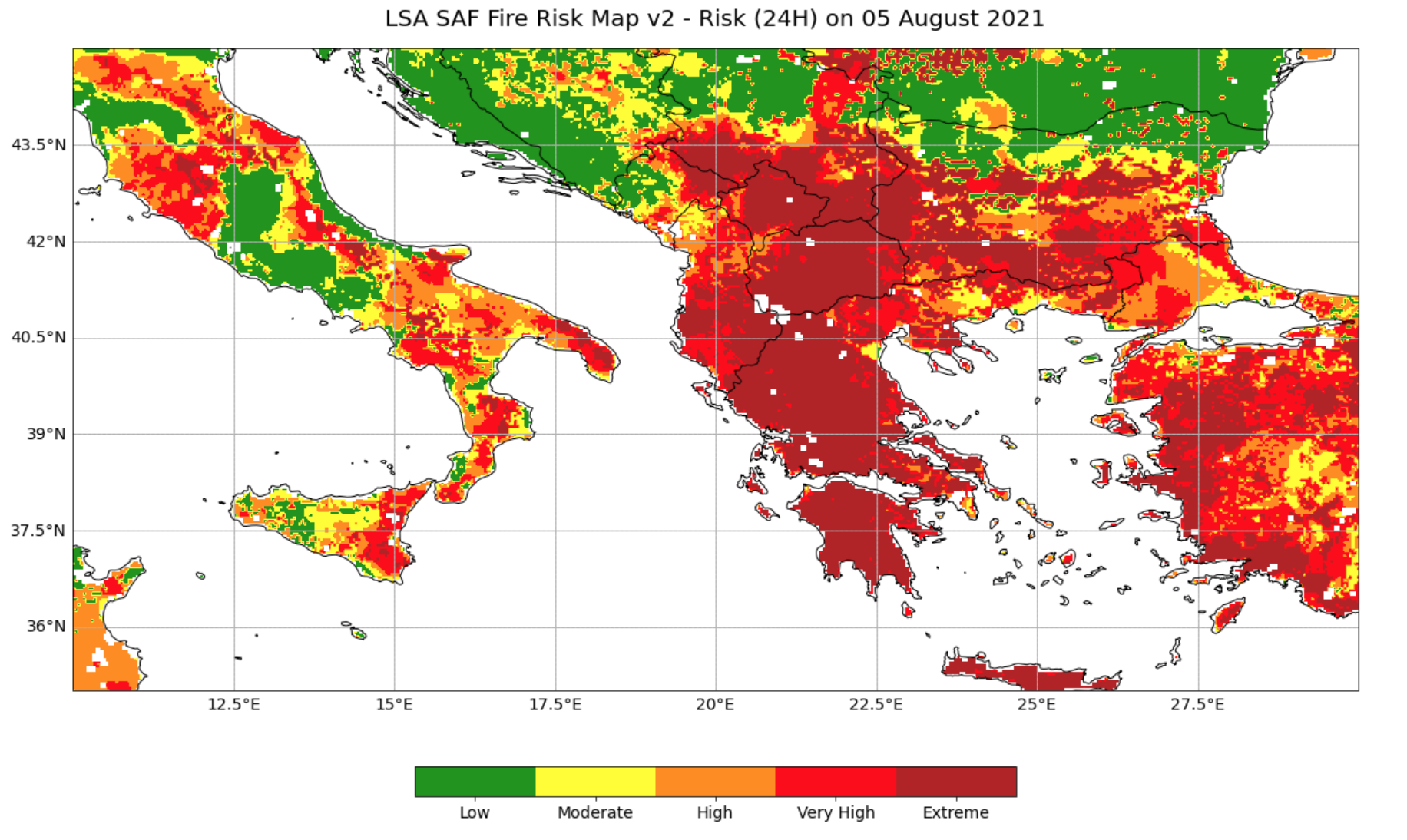 Figure 2. 24-hour forecast of fire risk for 5th August 2021 from LSA SAF.
Learn how this plot of Fire Risk Map was made. 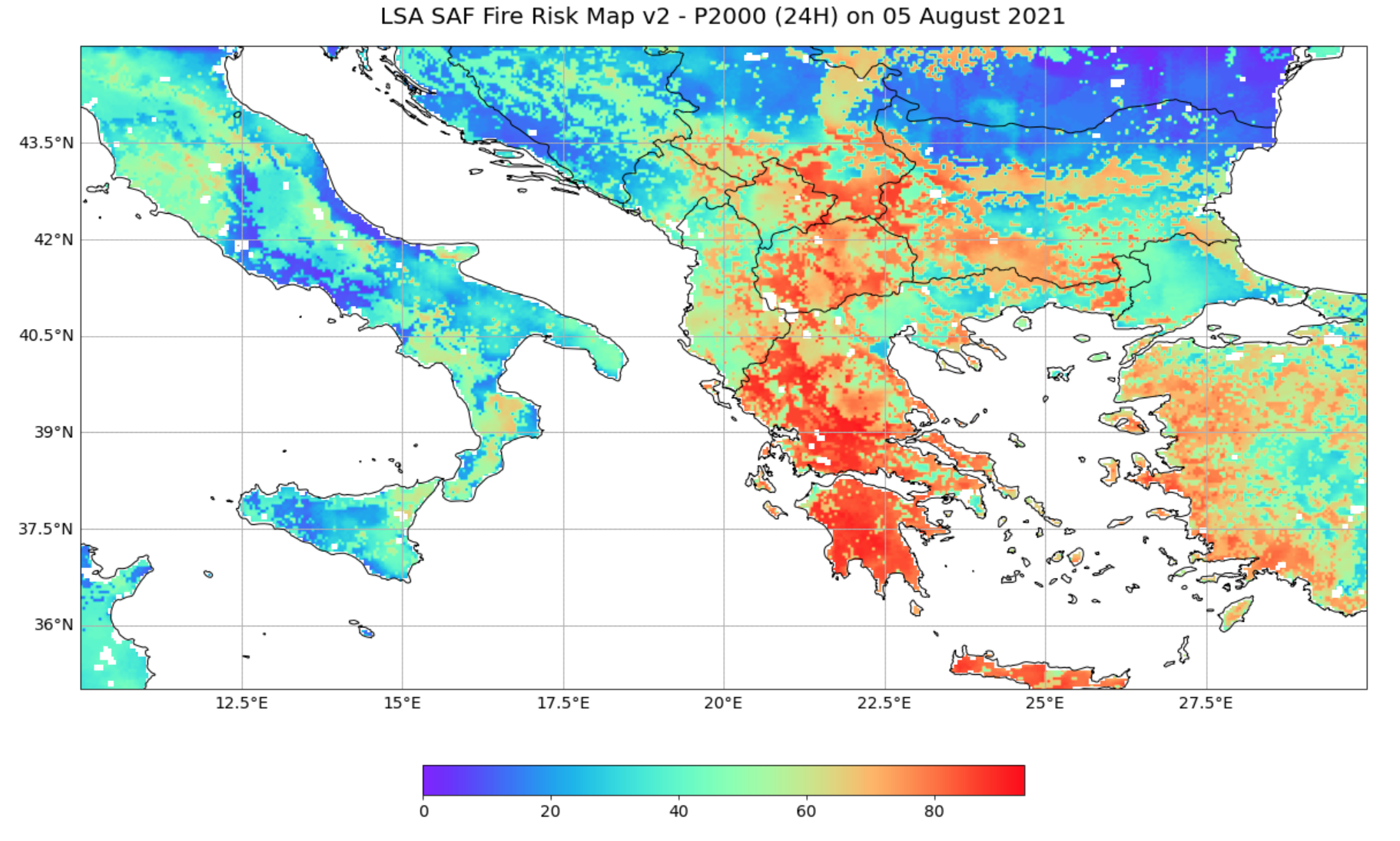 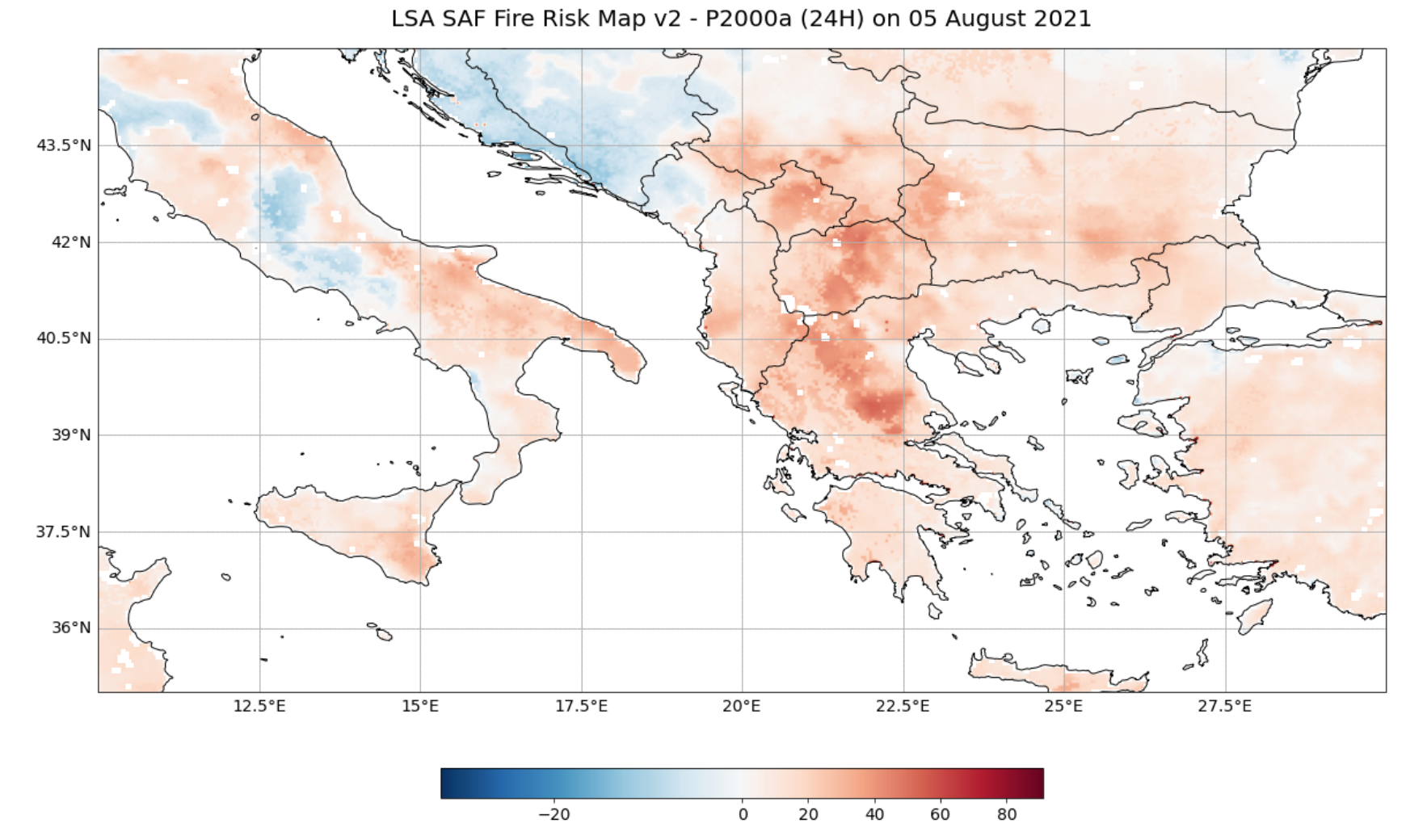 Figure 4. 24-hour forecast of the anomalies of the probability of fire emitted energy being above 2000 GJ for 5th August 2021, from LSA SAF.
Learn how this plot of P2000a was made.

The European Centre for Medium-Range Weather Forecasts (ECMWF) produces daily fire danger forecasts and reanalysis products for the Copernicus Emergency Management Services (CEMS). The modelling system that generates the fire data products is called Global ECMWF Fire Forecast (GEFF) and it is based on the Canadian Fire Weather index as well as the US and Australian fire danger systems. As GEFF uses CAMS data for modelling, both GEFF and CAMS will benefit from the inclusion of the higher spatial, temporal and radiometric resolution of the future data from MTG and EPS-SG. 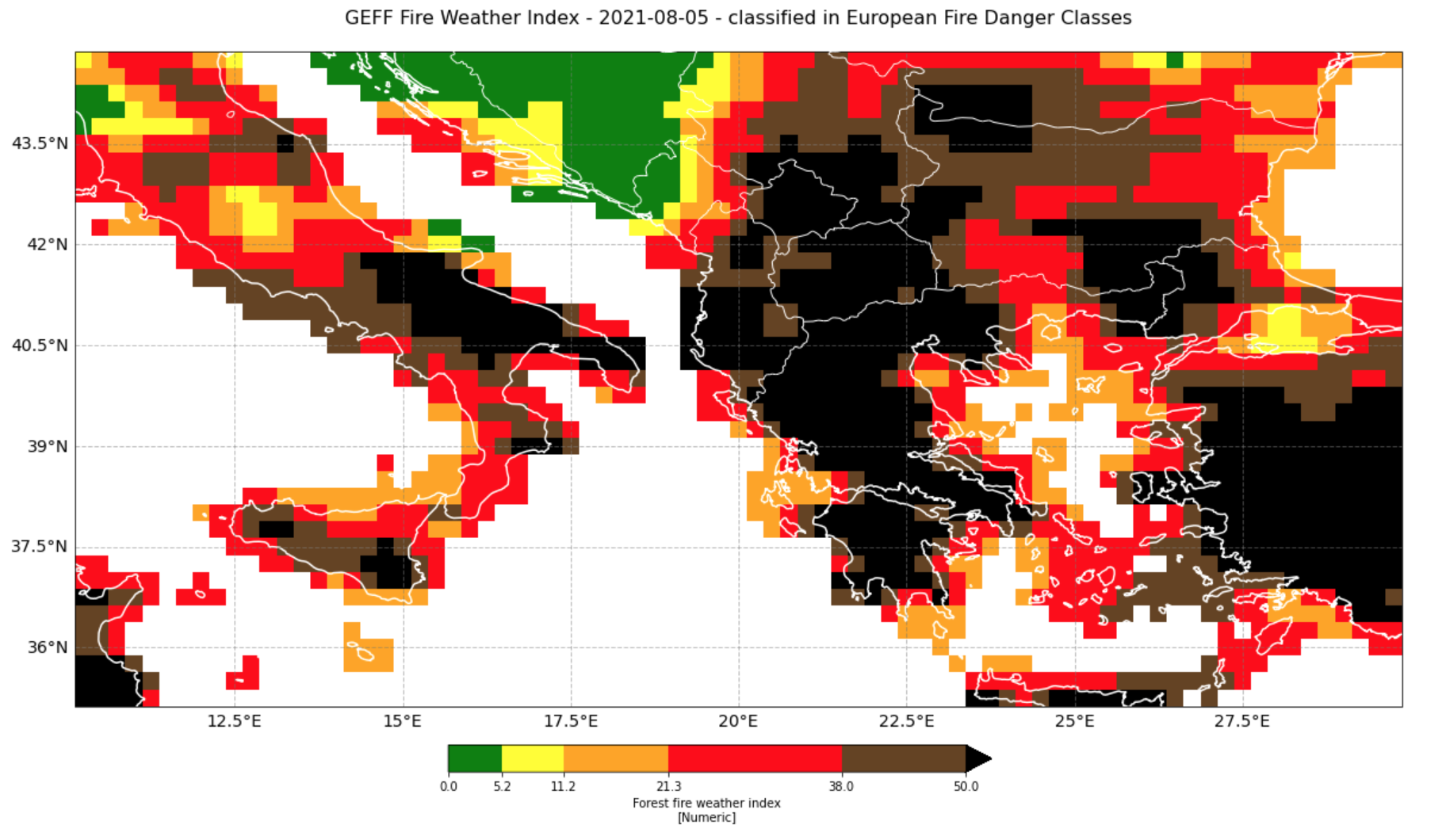 15-day forecast data for MSLP and wind spread is available via ECMWF Charts. To visualise these data variables for 5th August 2021, Figure 6 uses CAMS Global Atmospheric Forecast data instead. The wind speeds over Italy and Greece are between 10-15 m/s which could support the development and spread of fires. The mean sea level pressure is around 1010 Pa. 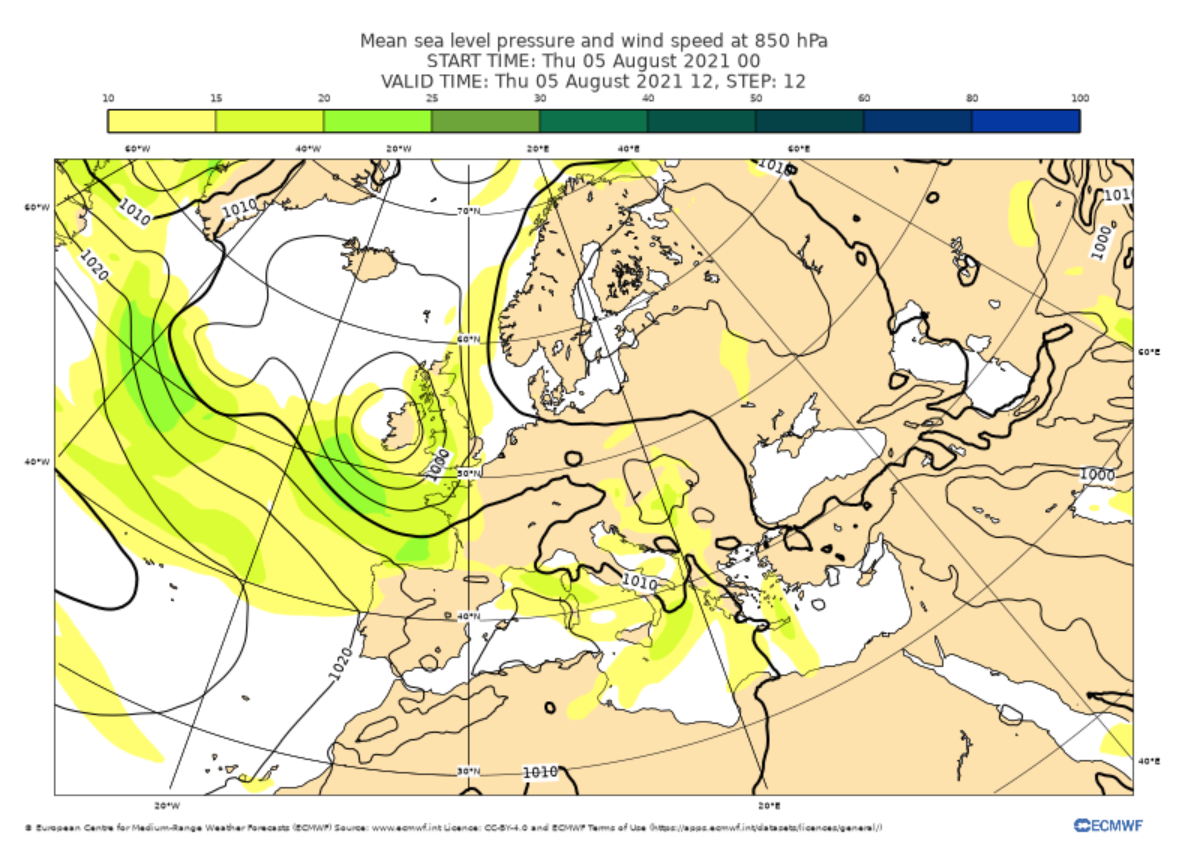